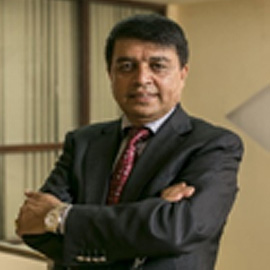 Mr. Dhakal is a first-generation serial entrepreneur of Nepal. He and his brother Hem Raj Dhakal co-founded the IME conglomerate of businesses. He strongly believes and adheres to the ethics of professional financial conduct and governance. Additionally, he has set an exemplary model for the successful merger and acquisition of banks and financial institutions in Nepal. Mr. Dhakal’s visionary leadership has contributed to evolve the IME Group from its humble beginnings into a fast-growing conglomerate. Mr. Dhakal’s leadership in different chambers has contributed to creating a business-friendly environment in Nepal to expand domestic investment and attract foreign direct investment. His public relations are far reaching among the government and non government sectors, diplomatic and business community.

Mr. Dhakal has had the award of Prabal Janasewashree (Fourth) conferred on him by the Government of Nepal and the Gorkha Dakshin Bahu IV. He was also awarded by the Ministry of Foreign Affairs, Government of the Republic of Indonesia for his outstanding service and support for the successful evacuation mission of Indonesian citizens from Nepal in 2015 Earthquake.